Ultra-Luxury Hospitality: How to name the world’s greatest hotel 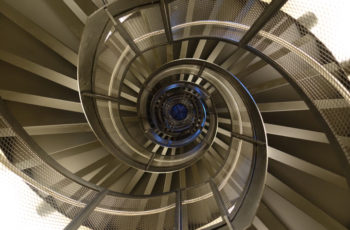 Results:
16 days: 100 names created
3 names all agreed upon by the 2 CEOs, the MDs and the stakeholders.

Especially when the hotel you’re naming won’t be finished for another 5 years, and there are multiple stakeholders including 2 CEOs, 2 MDs and a set of investors that all need to sign off on it. Oh, and the building is famous all around the world in its current format.

The name starts the story

A famous design consultancy had already spent 18 months trying to come up with a name, but they had come up short. We only had 28 days before the major stakeholders flew in to London from 3 different continents for their annual meeting.

As we are specialists in the power and effects of language, we know that a name is more than a label. A name has to tell a story. It’s the first thing that people see and hear, and it’s the thing they use to tell someone else about it. It has to provoke the right reactions and associations in people’s minds. It sets the tone for the customers’ relationship to the brand. That’s why naming requires experienced storytellers and skilled linguistics experts.

Before we joined the project, everyone had thought that the name needed to be typical of the category – London’s finest, traditional hotels. But linguistics quickly showed us that the character of these names wouldn’t be credible for a modern hotel.

We have a systematic process for creating names, that starts with defining creative territories. To get everyone to agree, we knew we needed to involve them from the start. But time was tight. And the stakeholders were spread across different time zones. In under 16 days, we used online workshops to establish 5 creative territories for the name that all parties agreed on.

Along the way, a linguistic and phonetic

analysis of long-term trends in the naming of luxury brands showed us that there were 3 key tests that the name had to pass. Using these tests, we were able to guide the decision-team through a list of over 100 names to settle on 7 contenders. These contenders were then handed over to the legal team for checking.

The 2 CEOs, the MDs and the stakeholders have now agreed on 3 potential names. We look forward to announcing the final name as soon as the redevelopment project is officially launched.