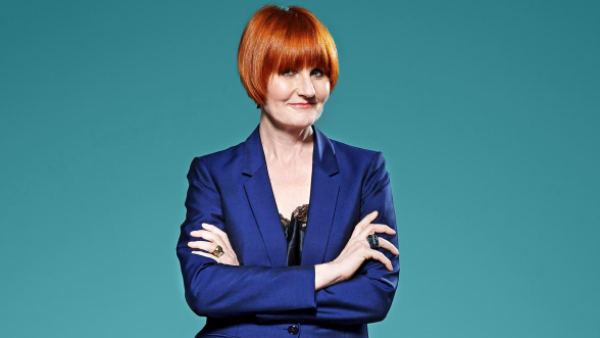 How do you stand up for intuition?

Who wants to be a highly intuitive, creative person in a world of ROI, EBITDA and management consultants? Mary Portas, that’s who.

Mary Portas, the retail guru and TV personality, could walk into a shop and know what needed to be changed by the time the door had closed behind her. And that’s a tricky talent to sell in a world dominated by data, process, meetings and PowerPoint. It’s even trickier when you’re asking clients to trust the whole team, not just the Founder.

The Portas agency had been trying to settle on their story for 18 months, but they still hadn’t agreed what to put up on the website, or write at the front of their creds, or say at the start of a meeting. Mary’s right-hand, Caireen Wackett, reached out to us for help.

There’s only one Mary Portas

The agency was growing fast because their work was brilliant, and they were achieving remarkable results for their clients. Mary’s reputation helped, too. But to continue to grow, they needed to move from a Founder’s story to a story about the Founder and her team. Because if Mary was the only character in the story, she would have to be present in every meeting.

She had assembled a team in her own image, full of ridiculously talented retail strategists who had the gift of intuition. We assembled them together to shake out the issues in a short, sharp workshop.

Our challenge was to make intuition – something that clients couldn’t see – into something they could buy into.

Pulling a word up by the root

We had to pull apart the idea of intuition, and construct a verbal framework to put it back together in a potential client’s mind. The word comes from the Latin ‘intueri’, ‘to consider’, and this gave us a clue. Intuitive people don’t act on impulse. They act on experience. They spend their lives considering things in advance, so that they can act quickly when the time comes.

Mary’s team had all spent their entire careers working in and thinking about retail. When they quickly saw what a retailer needed to do, it was because they’d seen similar patterns elsewhere before. They actually had more data than anyone else. It’s just that it was stored in their heads.

To make this clear for their prospective clients, we focused their story on the agency’s specialism, and the team’s experience. We wrote this into the hero copy for their website, their case studies and their elevator pitch.

A couple of weeks after the workshop, the team won two big pitches. Mary was only there for one of them.