McQ: A contender, not a pretender 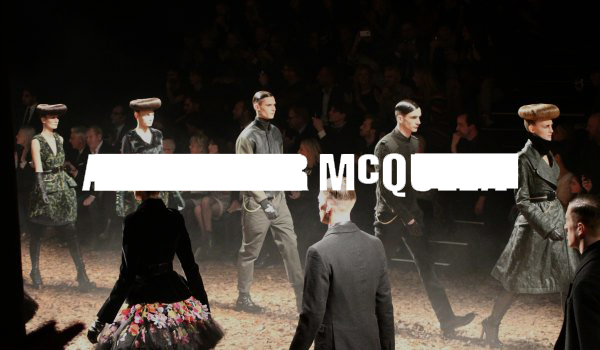 In 2012, the house of Alexander McQueen bought back the rights to McQ, its younger and more fashion-forward label from the licensee.

Andy Rogers the Brand Director of McQ realized that he now faced a dilemma: how could his label reference the signature elements of the parent brand without becoming merely a diffusion line – and without devaluing the main brand?

He asked us to create a clear brand positioning for McQ that would establish its own values and inform all aspects of the brand: design, communications, retail, and merchandising. But it also needed to tell consumers how the brand related to the established identity of the Alexander McQueen label.

Back to the future

To start, we needed to discover how the McQ label was perceived by the different people responsible for its growth. We conducted a series of structured interviews with the brand’s Creative Director, Head Designer, its retail team, PR Director and finally, the CEO of the house of Alexander McQueen.

The interviews revealed a wide and diverse (sometimes conflicting) set of opinions about what was at the heart of McQ and what it could mean to its target audience.

But in these conflicting views, there was always a thread leading back to how the brand’s founder had seen the world. So we looked back at the earliest motivations of Lee McQueen, when he first took the fashion world by storm, and before he joined Givenchy.

A contender not a pretender

We discovered that while the house of Alexander McQueen is now very much part of the fabric of Haute Couture, it had originally delighted in being the misfit, courting controversy at every turn.

The logical step was to reposition McQ as the young upstart, ready and willing to challenge not just the establishment but its own parent label. This would allow the brand to selectively borrow and distort some of the brand’s signature elements, but also stand on its own two feet.

We developed a strong and clear positioning for McQ along with its own distinctive voice. This has helped the leaders of the brand to become focused and single-minded. They have the confidence to communicate exactly what the brand stands for today, and for the immediate future.

This has not only made external communications easier, but also made it easier to recruit new team members, to decide on the brand’s adjacencies instore, and more efficiently and creatively brief external partners such as stylists and photographers.

A new brand logo and clearly-identified brand identity have now been created – proving how the art and power of linguistics can help define the culture of even the most visual of brands.

Francois-Henri Pinault, CEO of Kering (Holding company of the House of Alexander).

In the final presentation meeting with Jonathan Akeroyd, the President and CEO we had our own challenging moment. When we showed him the work, he said, “That’s not who we are…” and there was a long pause. Then he said, “But it’s who we should be, and it’s shown me what we need to do.”

A new logo was commissioned and this clearly reflects this ‘contender’ positioning: