Luxury lifestyle brand: how to reclaim your brand’s DNA 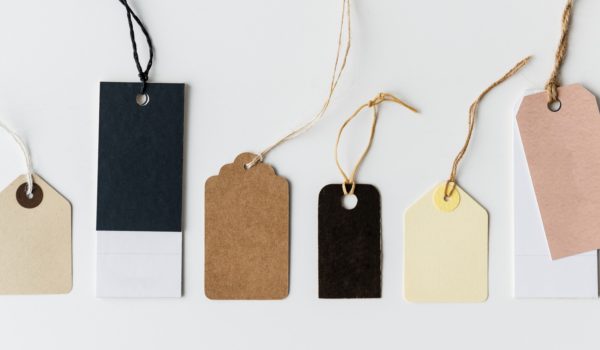 Results:
31% increase in international sales in the following quarter
13% total increase in retail sales
30% reduction in time to approve a shoot concept

Tell me more
The CEO of this UK-based, global luxury firm realised that a company is no place for a tug-of-war. But that’s exactly what had been happening for years.

After two years in the role, with many major operational issues resolved and a new Creative Director in place, the CEO recognised it was time for a fresh start and a different strategy.

Their domestic market had reached saturation point, so it was imperative that they set their sights on international expansion.

However, after a few tumultuous years, the company’s core proposition had been obscured. Senior members of staff constantly needed to be called in to projects at home and overseas to clarify if something was ‘on brand’. New hires quickly frustrated with siloed working and a lack of direction resulted in a high churn rate, compounding the problem. And, of course, all of this was causing the company to haemorrhage revenue.

The CEO and CMO asked Verbal Identity to clarify the brand’s strategic Vision. Defining exactly who the brand was and what it stood for would be essential if they were going to improve the company’s margin, while also attracting new distributors and media support.

Equally important was the need to bring the Board on side and align the C-suite and other brand leaders with the new strategic Vision for the brand. Cultural differences within the organisation and misunderstandings surrounding the CEO’s strategy needed to be ironed out so that everyone was facing the same way, not inadvertently undermining one another.

If staff instinctively knew what they were supposed to be doing and why, it would create a highly motivated workforce, excited to do their best work for the brand. This achieved, people in all corners of the company would feel confident executing the new strategic Vision through their daily choices and behaviours- adding value for customers and shareholders.

How can you possibly sell Britishness to a modern, globalised audience?

After immersing ourselves in the brand with interviews and store and factory visits, we saw that Britishness was a fundamental part of the marque’s identity. It was obvious in the way they were serious about quality, materials, and care for their people. But fighting against Brexit-backlash and the outdated classist image that English luxury can conjure up, the question was: what kind of Britishness would be relevant to the wider world? How could we make it ‘inclusive’ in a world that felt divisive?

By probing the idea further in a co-development workshop, we discovered that the brand’s Britishness manifested itself with a wit that compelled it to play with convention. Traditions were respected, but only so far as they could give them a platform to create something new and unexpected. This wit made their Britishness an inclusive attitude that allowed the brand to poke fun at its origins, even as it displayed its pride.

This playfulness had been lost as the company grew more reactive and lost morale, but with clarity and a renewed sense of purpose, they could reclaim it.

It was also a clear space that the brand could occupy. It would use its Britishness to mark it out abroad, but without falling into the overdone, obvious, or jingoistic clichés that brands can be prone to when discussing their country of origin. It would also give the team license to be bold and agile in their ways of working.

From this insight, we were able to deliver the brand’s identity in our proprietary 7-slide format. It covered the company’s ideal customer, beliefs, values, and a positioning statement.

We’ve found that this format doesn’t just allow us to capture the ‘operational why’ that drives every team from retail to HR. It also ensures we frame it in carefully crafted and emotive language that aligns the whole company. It’s this that ultimately gives the C-suite and other brand leaders the license they need to carry out the business’s strategic Vision.

Voice guidelines and employee values soon followed the 7 slides, cementing the identity into every facet of the brand- a lived behaviour in their people and apparent from the way they communicated their personality and beliefs to their customers.

Our Senior Partner presented to the PLC Board, successfully making the case for urgent change and selling in the new identity. A company-wide implementation plan was also recommended, with clear indicators for how the project was expected to impact both the company’s culture and financial success.

Spend on new marketing initiatives was approved immediately and the new identity was quickly rolled out across the whole company.

After the constant stalling of projects, the company was now able to go ahead with crucial initiatives. Retail total sales went up 13% in the following quarter, with international up an astonishing 31%. In fact, international represented 3% more of group revenue overall.

After 2 years of struggle and wasted investment, for example, the label’s new store design was signed off within 12 weeks.

The image and design team were also able to work in sync to best showcase the Creative Director and the brand – evident when the amount of time taken to approve a shoot concept went down by 30%.

Department leaders devolved more work to the wider team knowing they understood what was needed.

And with a cohesive brand in place, we were asked to create new employee values and verbal guidelines with the strategic Vision as a springboard. The collaboration between the Chief People Officer and CMO was a success, and HR noted greater engagement from staff and new hires as a result.