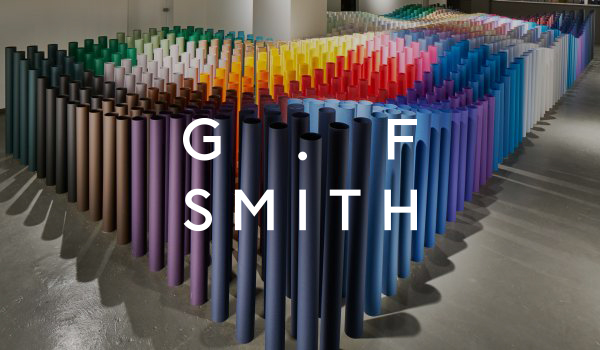 Phil Alexander and John Haslam, the Managing Directors of G . F Smith, saw that the future of their company’s growth relied on being seen as a creative partner to brand owners, not just as a paper maker for designers. They asked their award-winning design agency, MadeThought, to recommend someone who could reposition them. We had helped Made Thought to clarify their own brand positioning and verbal identity, so they immediately called us.

An idea is worth the paper it’s written on

After our preliminary market research and linguistic analysis of the brand and their competitors, we travelled up to G . F Smith’s headquarters in Hull to interview senior staff, new and old employees.

We discovered that, unlike any of their competitors, G . F Smith don’t just make paper. They do something much more valuable: they curate it. They have whole teams dedicated to finding or creating exactly the right paper for their clients. They can source it from anywhere in the world, or they can innovate and create something in-house. G . F Smith are experts trusted by their clients because they see paper as the vehicle for a designer’s idea. They see it has the power to connect people to an idea in a physical, tangible form. And that’s what makes them valuable.

Getting it down on paper

We captured our key insights, and drafted a mission statement centred around each of them. In a series of collaborative creation sessions with Phil, John, and the team at MadeThought, we worked together to refine the mission statement so that everyone was happy with it.

If you want to see how G . F Smith are bringing their brand story to life, you can visit their newly-launched showspace in Eastcastle Street, London W1W.